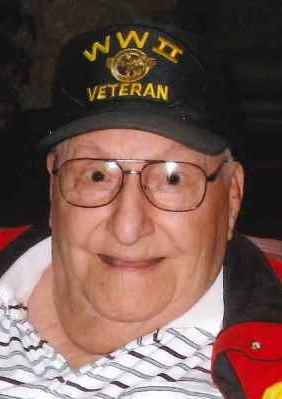 Charlie served in the U.S. Army during WWII in Northern France and the Rhineland. He was captured and spent eight months as a Prisoner of War at Stalag 12 A, Germany. Charlie was awarded the American Theater Ribbon; EAME Theater Ribbon w/2 Bronze Stars; Good Conduct Medal and WWII Victory Medal.

Charlie married Vera Mae Dodson on November 28, 1946 at St. Ann Catholic Church in Fremont and she preceded him in death on August 15, 2011.

Charlie delivered milk for Pet Milk for ten years. He then worked at Herbrand Corporation for twelve years. Charlie had a Delivery Service for eighteen years and then worked a Hughes Construction for five years. He worked at Sandusky Metropolitan Housing Authority as a Maintenance Supervisor for eleven years and retired in 1990.

A Memorial Service will follow the Visitation at 5:00 pm with Military Honors provided by the American Legion and VFW. Pastor Dan Vickey will officiate.