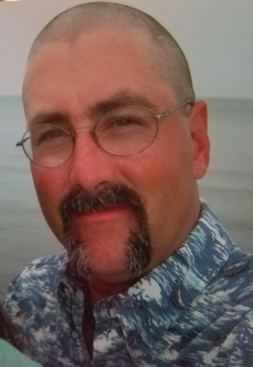 On February 9, 1996, he married his best friend, Katrina Bartson in Fremont, OH.  She survives along with their golden child, Reef James.

Bud most recently drove semi-truck for B & M Trucking in Wayne, OH and previous other companies for twenty-five years.  He attended Immaculate Conception Church in Port Clinton.  Bud was an avid fisherman, hunter and enjoyed riding his Harley Davidson.  He was an amazing father, always loving and caring for his “little family”, and those close to him recall his willingness to help anyone at any time.  Bud enjoyed eating good foods, time with friends and family but most of all being Reef’s dad.  He will be intensely missed, along with the family hugs shared upon each and every homecoming that was a sacred ritual to him, Reef and Katrina.

He was preceded in death by his parents; father-n-law, James Bartson, Sr. and nephew, Justin Bartson.

Katrina would like to thank family and friends for their out pouring of support and generosity during this difficult time.

There will be a Celebration of Life at Lake Erie at a later date.

Contributions in memory of Bud can be made to Reef Hilton through the Croghan Colonial Bank of Port Clinton or Catawba, OH or to Katrina Hilton.

Think of Bud, with a rod in hand, as the sun rises over our great Lake Erie.  He will be with us always.

Offer Condolences for the family of Bynum “Bud” Hilton, Jr.