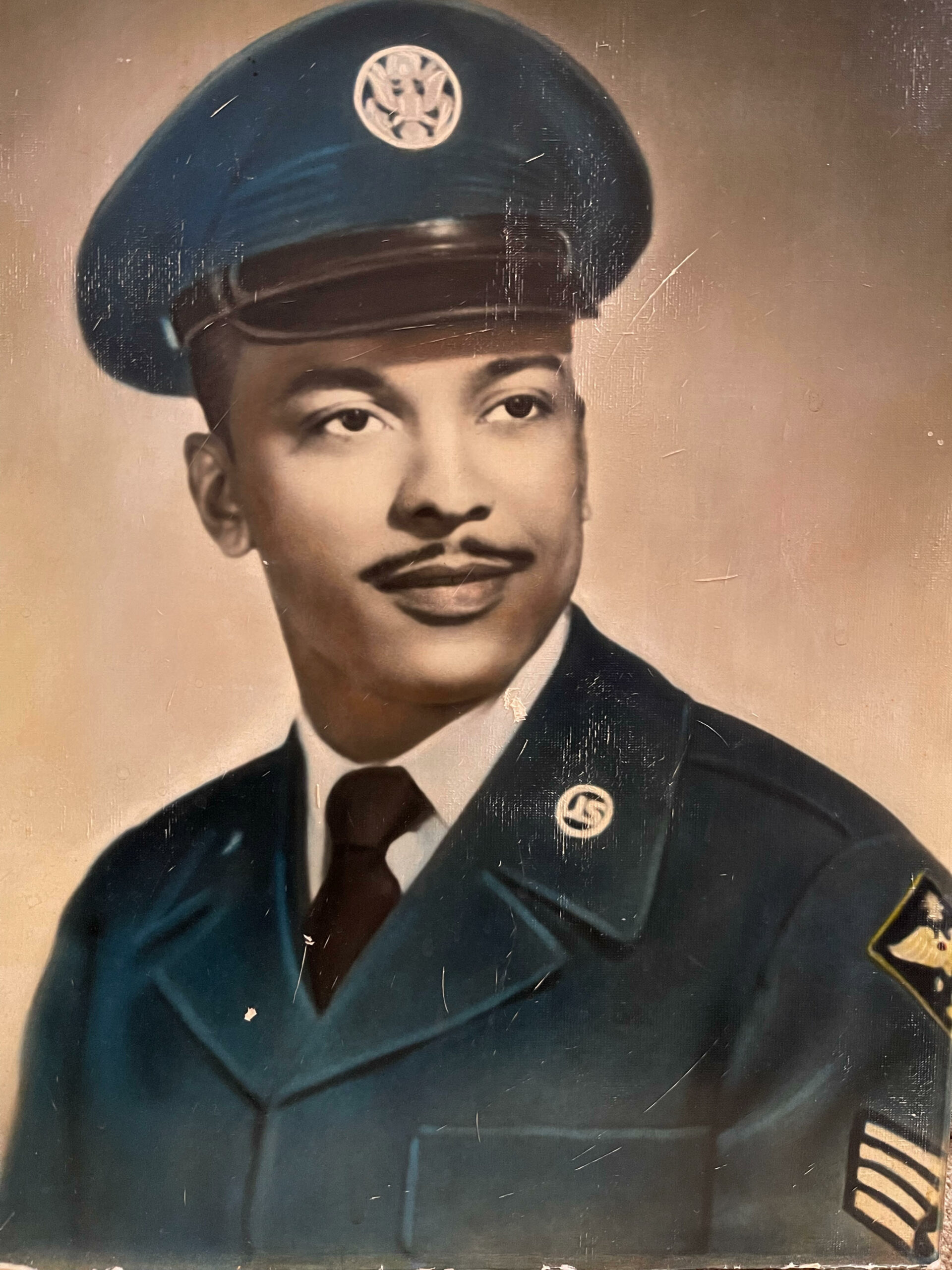 Bobby “Bob” L. Rhea Sr., 92, traded this land of the dying for the land of the living on Sunday, January 16, 2022.  Bob was born March 13, 1929, in Johnson City, Tennessee, to Lawrence and Celia Rhea. He was the youngest of four boys. At the age of one, the family moved to Salem, New Jersey, where he would begin school. Wanting to follow his brothers’ footsteps, Bob decided he was going to leave school a little early and go sign up for the Army. After stretching the truth “a bit” Bob was on his way to basic training at 15 years old. After a few months, with the help of his mother and the Red Cross, Bob was discharged and was back in school. This stint did afford him WWII accommodations, however. At 17 years old, he decided he wanted another go of it, and joined the US Air Force. Over the course of the next 20 years, Bob would receive multiple promotions and awards. He found his niche in supply and was a Tech Sergeant. When Bob retired from the Air Force after 20 years, he had seen multiple wars (WWII, Korean, and Vietnam), and duty stations. He had been to Spain, Philippines, Japan, Vietnam, and Newfoundland; as well as a host of places domestically.

After retiring from the Air Force, Bob began his career at HJ Heinz company, in Salem, NJ. In 1977, he was transferred to Fremont, OH, where he would call home. Bob was a warehouse supervisor; known by his unbelievably white pants and shirts that he would wear. To this day, no one knows how he was able to keep his clothes so spotless in the factory. He would retire from Heinz in 1992, after 26 years.

Throughout the years, Bob has held a number of positions in various organizations, including: Interclub Chair for Fremont Kiwanis (Lifetime member), Campfire Board, The News-Messenger Board, and Chairperson for the United Way. He was a member of Greater St. James for years and Victory Church. His most cherished positions were husband, father, and grandfather (Pop Pop). Bob was an immaculate dresser. He loved to bowl and watch his Pittsburgh Steelers.

There will be a celebration of life held at a later date.

Offer Condolences for the family of Bobby “Bob” L. Rhea