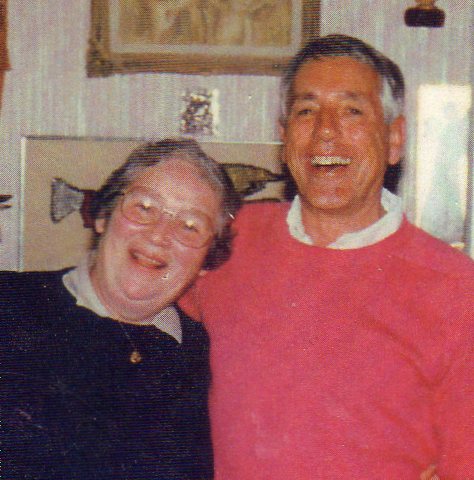 Barbara K. Willmeth, 89, of Fremont, OH passed away on Wednesday, May 24, 2017 at Toledo Hospital. She was born on May 7, 1928 in Hamilton, OH, the daughter of Lester W. and Magdalene D. (Durrough) Koehler, Sr. She attended Hamilton High School and graduated in 1946. She enrolled at Wittenberg College in Springfield, OH in 1946 and graduated with a B.S. in Business Education. While at Wittenberg she affiliated with Gamma Phi Beta, a social sorority.
Barbara married her college sweetheart, Carl Willmeth on June 9, 1951 in Hamilton, OH. They resided in Marion until 1972 at which time the family moved to Fremont. Barbara taught at Harding High School in Marion, OH; put out a weekly school newsletter and did the payroll for Feetor Construction. In 1976 she and her husband opened The Willmeth Company, a ladies apparel store in Fremont, which remained open until 1998 when they both retired. Barbara enjoyed knitting in her spare time.
She was preceded in death by her parents; husband of sixty-two years, Carl Willmeth and brother, Lester W. Koehler, Jr.

Carl Willmeth, 87, of Fremont, OH passed away on June 28, 2013 at Valley View Healthcare Center. He was born on March 18, 1926 in Columbus, OH to John and Gertrude I. (Lenz) Woodcock. He then moved to Marion, OH at the age of three. He was a 1944 graduate of Harding High School.
Carl served in the US Army during WWII where he served under General George Patton’s 3rd Army as a rifleman and radioman in the Infantry. He received the Purple Heart during combat. Carl was with the first American troops to enter Buchenwald prison camp after the end of the war. He was discharged in June of 1946 with the rank of Master Sergeant in Intelligence.
Carl entered Wittenberg University in 1946 where he received his Bachelor of Arts Degree in Business Administration in 1950. He was a member of academic organizations including; Phi Sigma Alpha- Political Science, Phi Delta Epsilon- Journalism, Phi Gamma Delta and the Athletics Varsity “W” Club. This is where he met his wife, Barbara Elizabeth Koehler. They were married June 9, 1951 in Hamilton, OH.
Carl worked in retailing his entire life. He started at Sutton & Lightner Ladies Clothing in Marion, Wilson’s L.J. of Course in Delaware, OH and The Bentz Co. in Fremont, OH. He and his wife opened The Willmeth Co. Ladies Apparel store in Fremont which they owned from 1976 to 1998 when they retired. He was a member of the Marion Kiwanis Club, Marion Country Club, Fremont Rotary Club, the Fremont Country Club and Fremont Yacht Club. Carl’s greatest hobby was photography.
He was preceded in death by his parents and step-father, John P. Woodcock.

It was their wishes to not have services at this time.

Offer Condolences for the family of Barbara & Carl Willmeth