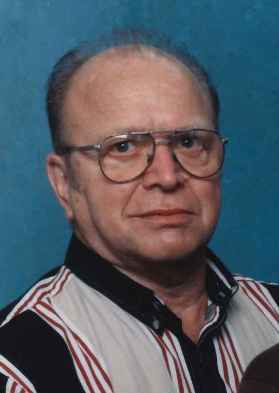 Alfred Milo Errett, 75, of Fremont, OH passed away on Sunday, May 3, 2015, which was the forty seventh wedding anniversary with his wife Reta, at Promedica Memorial Hospital. He was born on December 3, 1939 in Jerry City, OH, the son of Benjamin and Helen (Martin) Errett-Carter. He was a 1958 graduate of Risingsun High School.

Al served in the U.S. Army and U.S. Army Reserves during Peace Time from 1958 to 1962 and was awarded the Marksman Badge (Carbine) and Sharpshooter Badge (Rifle).

Al married Reta Rae (Beckley) Szakovits on May 3, 1968 at Bradner United Methodist Church and she survives. He worked at Pioneer Sugar for over seventeen years. He then worked at Brush Wellman in the Maintenance Department for seventeen years and retired in 2002. After retirement he worked part-time at Lowe’s.

Al was an Assistant Boy Scout Master for eighteen years with Troop 302. He had a passion for woodworking and enjoyed fishing and spending time at the cottage in Michigan.

He was preceded in death by his parents; son, Michael Errett and brother, Paul Errett.

Service: Thursday, May 7, 2015; 11:00 a.m. at the funeral home with Nancy Smith officiating. Military honors will be provided by the Fremont American Legion and V.F.W.

Offer Condolences for the family of Alfred Milo Errett