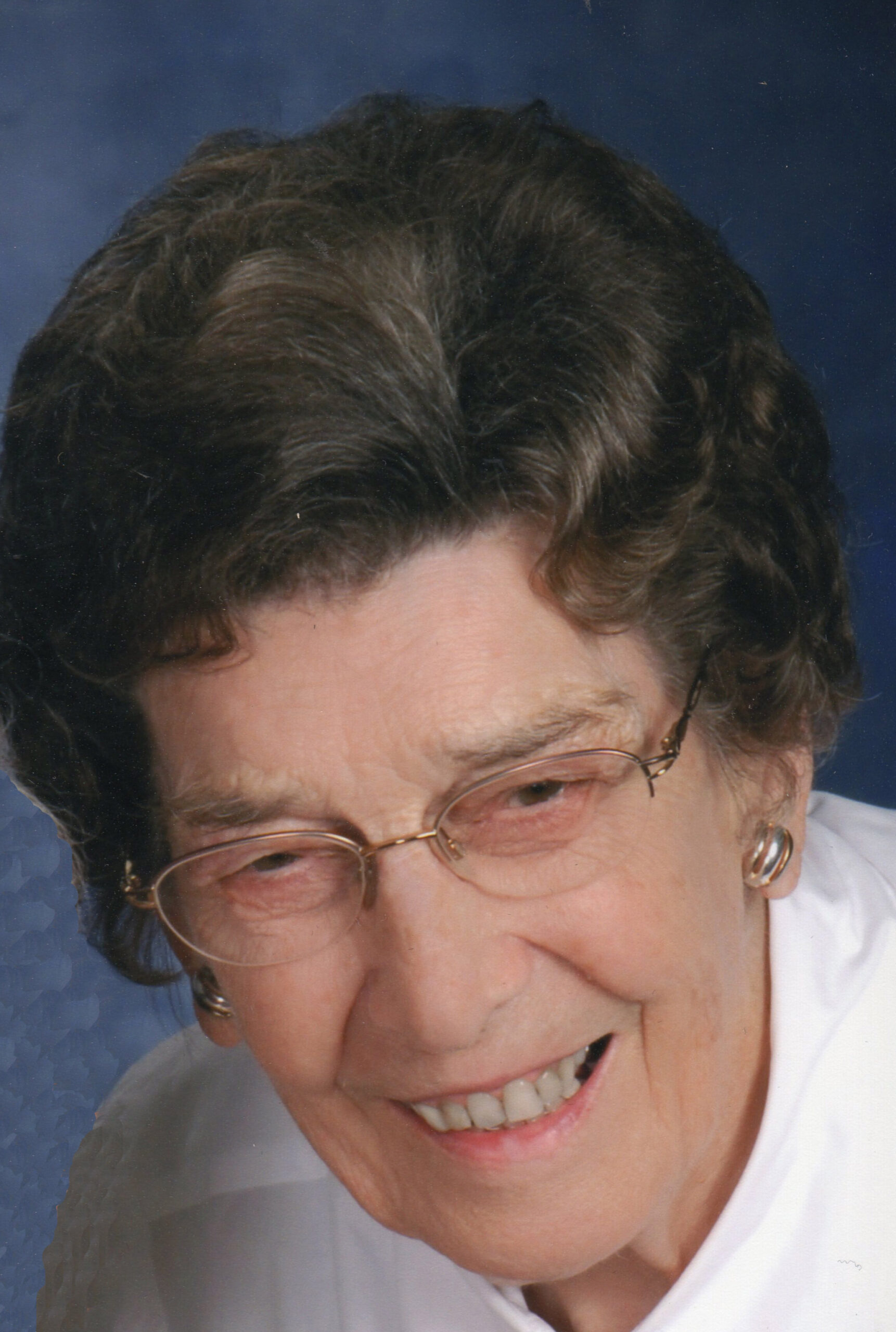 Agnes Fay Tressler, 94, of Fremont, OH completed her ministry on earth on November 6, 2013 and is with her Lord and Savior Jesus Christ. She was born on June 29, 1919 in Elyria, OH to Lawrence and Agnes (Hoffman) Fay. She was a graduate of Wheaton College in Wheaton, IL where she received her B.S. in Education. She then taught English at Bryan College in Tennessee. She also taught English and Latin at Ross High School for 12 years. Agnes married Rev. J. Ward Tressler on June 15, 1946 in Elyria, OH and he preceded her in death on January 9, 2011.

Agnes served as a Grace Brethren Pastor’s Wife for the past sixty-four years. They served the following Grace Brethren Churches starting in 1948, Chico, CA for six years; Altoona, PA for six years; Lansing, MI for six years; Fremont, OH for thirteen years; Kokomo, IN for three years; Clayhole, KY for four years; Dayton, OH for two years; Meyersdale, PA for two years. They returned to Fremont, OH in 1989 and remained very active at Grace Community Church. Her husband was the Pastor of Grace Brethren in Fremont, OH when they purchased the land on Smith Road and moved the church to their current location, 900 Smith Rd. During their tenure of being a Pastor they built several churches and started several others from Home Missions. They also had the privilege of being involved in the erasure of several building debts and the burning of three mortgages.

Agnes loved to read and was a very compassionate about people near and far away. She read the New Testament in Greek. Agnes was an amazing Mother and Grandmother. She was an inspiration to many and a very devout Christian.

She was preceded in death by her parents; husband, Rev. J. Ward Tressler; son-in-law, Harvey Kishman.

Offer Condolences for the family of Agnes Fay Tressler